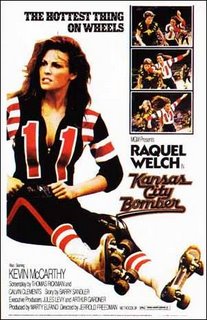 The little one chose number eleven as his uniform number for the all star team. He has had various numbers including seven, eight, and eleven before. He chose eleven for the travel team and his recreation league number as well. He says it is his favorite number now. Mine too. This movie made me a believer. Look at the picture, you have to agree the numeral eleven is a fine number indeed.

My son is a fine handsome boy. I love him. He does not even come close to wearing the number eleven with the same style as the Kansas City Bomber.
Posted by Joe at 1:02:00 PM