A young man called his mother and announced excitedly that he had just met the woman of his dreams. Now what should he do?
His mother had an idea: “Why don’t you send her flowers, and on the card invite her to your apartment for a home- cooked meal?”
He thought this was a great strategy, and arranged a date for a week later. His mother called the day after the big date to see how things had gone.
“The evening was a disaster,” he moaned.
“Why, didn’t she come over?” asked his mother.
“Oh, she came over, but she refused to cook…."
Posted by Joe at 12:46:00 PM 2 comments:

It is Trump’s Fault

There was a Minister whose wife was expecting a baby. The Minister went to the congregation and asked for a raise. After much consideration and discussion, they passed a rule that when the Minister’s family expanded, so would his pay check.
After five or six children, this started to get expensive. The congregation decided to hold a meeting again to discuss the Minister’s pay situation. You can imagine there was much yelling and bickering. Finally, the Minister got up and spoke to the crowd, “Having children is an act of God!”
In the back of the room, a little old man with a full beard stood up, and in his frail voice said… “Snow and Rain are also ‘acts of God’, but when we get too much, we wear rubbers!”
Posted by Joe at 10:37:00 AM 2 comments: 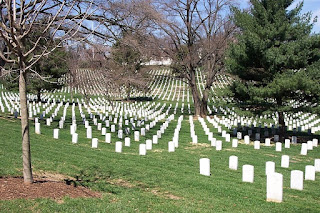 Wake up, he posted something

Yesterday turned out to be a decent day. I took my morning constitutional and read a bit after blogging. I helped the wife clean the house. It rained in the early afternoon. Our friends couldn't make it to play cards though.

We had a little BBQ for dinner and watched a fairly crappy not too funny comedy on Netflix. Ho hum, how the middle class spends a Saturday is boring.

Today? IDK. It is supposed to rain most of the day. Of course they said that about yesterday too. I'll probably read a little. Perhaps I'll pop an old Esther Williams DVD into the blueray if I can't find a suitable old movie on tv. There is an automobile race in the area. I won't go and since it is blacked out, I won't watch it either. I will probably catch part of the Cubbies though.

The old man is snoring

With a Woot and Hooray a long weekend is finally here! It's gonna rain though. The media pointed out we have had rain or snow every single weekend for 14 straight weeks. Yes, that is why my backyard still needs a ton of work. Limbs and leaves still line the fence, weeds are springing up in the flower beds. The patio furniture is dirty and the granddaughter's playhouse is full of leaves and spider webs. The skies are darkening as I hunt and peck one-fingered on my iPad I keyboard. Yes, my backyard is as neglected as this blog.

Sinatra is crooning in the background. The coffee is hot. Life is good.

We have no big plans for the weekend. Some friends might come over this evening for a little Euchre and dinner. There will be laughs and the easy relaxation of people who have been friends for more than 40 years.

And that is how it is done

I waited eight years for that?

The weather has been a little chilly for the season but I have hot water. Those cold showers explained why our great grandparents only bathed occasionally. I relived my old camping days as I heated water to wash dishes Sunday.

It is supposed to get warm starting tomorrow, but rain will settle in for the next five or six days. It looks like a damp holiday weekend

In other news, I don’t have any. This blog is holding on with bare life support
Posted by Joe at 6:51:00 AM No comments:

I find David Crosby's live version of his tune Triad from the CSN album Four Way Street to be haunting. I rediscovered the Jefferson Airplane version the other day:


While I have never been a devoted fan of the Airplane or Starship, I concede that Grace Slick can sing. She has pipes, baby. Take a listen to White Rabbit if you are too young to remember the psychedelic age. Look it up yourself, a little research is good for the soul.

Without sounding like the "Get off my lawn" old curmudgeon I'm becoming, I maintain they don't make rock music like this any more.  They don't make rock music any more. What is left of "old" rock and roll moved to country and is sleeping on the couch, eating Cheetos, smoking dope,  and occasionally making an appearance on a track or two of guitar-heavy chart toppers.

Meanwhile old codgers like me cling to the pathetic classic rock stations playing the same 50 songs from 40 or 50 years ago. Really, Elton John sang more than Rocket Man and there are more rock artists than Queen and Aerosmith.

Last night a BMW SUV pulled up next to me blasting bass-heavy rap music.

I got up this morning and shuffled into the bathroom to get ready for work.  I grabbed a clean towel from the closet and turned on the sink faucet to shave. The water was cold as usual. It takes a minute or so for the hot water to reach upstairs. The water never got warm, in fact, it got colder.

I trotted downstairs and out to the garage. I could hear water dripping before I even turned on the light. Yep. The water heater was out. I turned off the water pipe leading to the heater. Crap and double crap.

I called off work then started pricing water heaters.

First, I don't understand the reluctance of a plumber to offer a general estimate. I get things might change once they get to the house, but a price estimate range is not unreasonable. I told three plumbers that if they cannot give me a rough estimate I would work with a plumber who would.

In other news, I am alive, I have a wife who loves me and wonderful grand kids  and kids.  I am blessed. I do have plenty to be thankful for. A cold shower might be good for me.
Posted by Joe at 10:15:00 AM 1 comment:

I intended to post a video, instead you get words

I have a few minutes before I head off to the office. A chilly morning will blossom later into a nice spring day. It will be enticingly on display out the floor to ceiling wall of windows just feet from my desk. Even warmer weather, and rain, are expected in the days to come.

I cut the lawn after work last evening. That, coupled with the fact that everything is in bloom outside, means allergies are kicking my butt this morning. The lilac bushes are starting to bloom. The smaller one by the gate is already in full flower. The whiff of lilacs slams you before you even open the gate. The two giant ones by the patio will be in flower by the weekend.

I guess Trump will have to pull an Obama and ship a few hundred million bucks or the Iranians will start misbehaving again. Somehow I don't think this President will play that old game. Somehow I also don't think he will be like Obama and apologize to the Mullahs if they attack one of our ships.

How 'bout those Cubs?

No GoT spoilers here

It is a chilly Monday here at the homestead. We went to my daughter's for a Mothers Day cookout. They provided the burgers, I made potato and pasta salads, deviled eggs, and a homemade peanut butter pie.

It rained all weekend. You can almost see the grass and weeds growing. The spring ants are doing their best to move into the dry house. I am fighting them off, streams of bug spray are mowing them down by the patio doors like fire from that GoT dragon.

To all you Moms out there

My, what short memories we have

Remember way back when the Obama justice department refused to turn over documents on just how guns got into Mexican cartel hands?

Remember when the treasury refused to come clean on how the IRS was attacking Americans with the “wrong” political beliefs?

Was that a Constitutional crisis?

Remember how one person lost the Presidency and her party launch a complete investigation over bogus political material?
Posted by Joe at 7:31:00 AM 2 comments:

Thanks for Nuthin’ Pal

Jon gets a new girlfriend and Ghost is sent packing

Dude rides a dragon a couple of times and his old pet is treated like that goldfish you won at the fair.

no apology today for lack of posting

At about 11:30 this morning my daughter gave birth to a healthy beautiful baby girl. Everyone is doing fine.  The big sister is bursting with pride and excitement.

Newer Posts Older Posts Home
Subscribe to: Posts (Atom)
Consider everything here that is of original content copyrighted as of March 2005