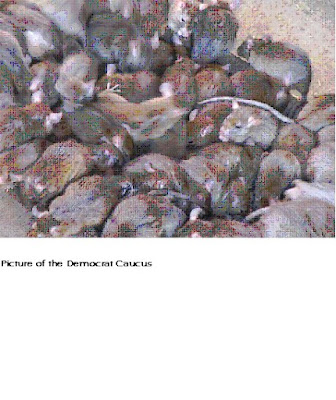 I guess lying, cheating, rat-bastard commie, hypocrite Democrats just cannot help being who they are; namely lying cheating, rat-bastard commie, hypocrite Democrats. They came into office claiming to represent the people's wishes. I guess the "people" want a do-nothing Congress that is only interested in thwarting the Executive branch, losing the war on terror, growing Government and lining like pigs to the trough. The Dims have loaded their "let us lose another war" bill with loads of pork to make sure they buy the votes they need to get passage of a bill sure to be vetoed. Our enemies laugh up their sleeves in the meantime.

At least the Republicans were upfront when they stole from the taxpayers. The author of the 'bridge to nowhere' was unapologetic. Nancy Pelosi and her lying rat-bastard cohorts pretended they would stop this nonsense. Instead, they just hide the largess 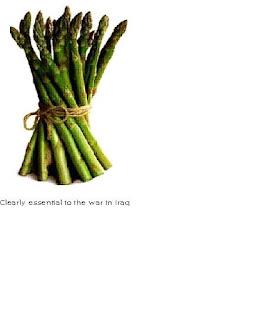 to asparagus farmers and shrimpers in a defense bill. I guess it is a trait the Dims learn early, hide the stealing of other's money in an out of a way place. Is there a big difference in using pork to bribe a vote by hiding it a defense bill, or putting the bribe in your freezer, Mr. Jefferson? Can someone please let me know when we are going to have the ethical Legislature the Dims of both houses promised? When are you going to clean out the rat's nest of your party?

How much longer are we going to tolerate the posturing over the firing of 8 fucking worthless lawyers? If this is a big deal can we call Reno and Clinton to task for ditching NINETY-THREE? Attention, assholes, of course they were fired for political reasons -- they were political appointments.

What most disturbs me about the Dimocrits is they have learned nothing. They are trotting out the same old game plan that caused us to lose in Vietnam. They will not abandon the old tax and spend mentality nor the attack dog politics they have used in the past. The gains the liberals made in the House and Senate are more a reflection on the piss poor job performance of GW, than an embrace of the socialist agenda proffered by today's left wing nut jobs. Trust me when America finds out what the Dimocrits truly represent they will be swept out of office in a flash. That is why for the next two years we will see no legislation, just posturing, investigations, and the spread of pork on an unprecedented scale. After all, when you are a lying, stealing rat-bastard commie hypocrite, you just have to be you.
Posted by Joe at 11:34:00 AM