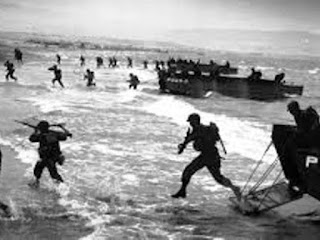 Soldiers, Sailors, and Airmen of the Allied Expeditionary Force:You are about to embark upon the Great Crusade, toward which we have striven these many months.The eyes of the world are upon you. The hopes and prayers of liberty-loving people everywhere march with you.In company with our brave Allies and brothers-in-arms on other Fronts you will bring about the destruction of the German war machine, the elimination of Nazi tyranny over oppressed peoples of Europe, and security for ourselves in a free world.Your task will not be an easy one. Your enemy is well trained, well equipped, and battle-hardened. He will fight savagely.But this is the year 1944. Much has happened since the Nazi triumphs of 1940-41. The United Nations1 have inflicted upon the Germans great defeats, in open battle, man-to-man. Our air offensive has seriously reduced their strength in the air and their capacity to wage war on the ground. Our Home Fronts have given us an overwhelming superiority in weapons and munitions of war, and placed at our disposal great reserves of trained fighting men. The tide has turned. The free men of the world are marching together to victory.I have full confidence in your courage, devotion to duty, and skill in battle. We will accept nothing less than full victory.Good Luck! And let us all beseech the blessing of Almighty God upon this great and noble undertaking.


I wrote a final paper in college on the Chicago Seven.

Innocent protesters they weren’t.they certainly were not there just to sing.  They got the violence they were looking for.

I got an A anyway, even though my 1968 Berkeley grad Professor hated my paper.

He got even later with a horrid letter of recommendation when I was contemplating grad school.

I will not fall to my knees and confess to racial sins I may or may not have committed knowingly or unknowingly.

I have already and continually confessed my sins to God. That’s enough for me.

I refuse to mea culpa to a purity test of other’s design.

Condemning my birth melanin is wrong no matter if my skin tone is dark or light.

I am aware this post will be exhibit #1 at my upcoming show trial.
Posted by Joe at 9:16:00 AM 5 comments: Links to this post

Just get off your phone and drive.
Posted by Joe at 2:23:00 PM No comments: Links to this post

From my back yard 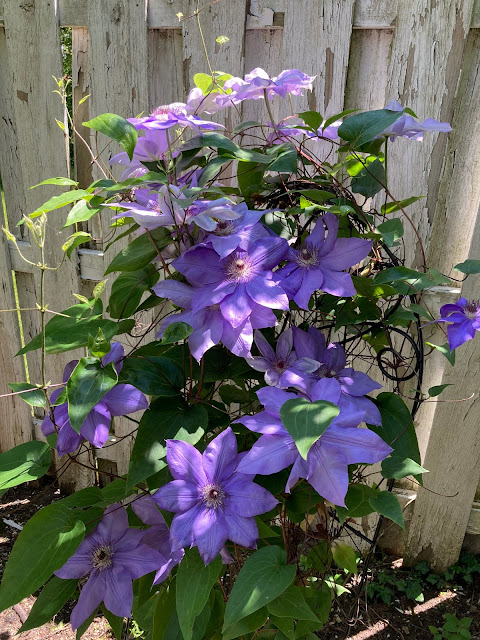 Believe it or not Dear Reader I was once a young radical. Back in the halcyon days of the late seventies I led a sit-in at our little semi-rural high school. Tbe object of our protests’ ire was the evil Iranians and the American hostages they held as weak-kneed Jimmah Carter wrung his wrinkly hands and hoped for a change in the Mullah’s hearts.

The Government and Social Studies Teacher moseyed  down on his lunch hour to witness our little protest. “OK”, he said, “You have our attention. Now what do you propose as a solution?”. At the time it ticked me off, but he was right.

And there lies the crux of protest. Today’s protests have a distinct air of Biker Johnny as his gang descended on Carbondale in the flick The Wild Ones. When asked what he was protesting, Johnny replied “Whaddya Got?”.

That is certainly not to say there are not plenty of grievances for today’s marchers. There are. There truly are. Protesting racism, sure, I’m with you 100%. Police brutality? OK. Let us recognize there are lots of good cops. Inequality. Maybe, but we need to stipulate equivalent outcome is far different from equal opportunity. Holding police and politicians to the same legal standard as the rest of us? Absolutely. Reparations for slavery? Nope and never. Protesting that the Wuhan Flu disproportionately affects the black community (yes, I heard that gripe mentioned on the news)? WTH are supposed to do with that?

But to harken back to my teacher critic on my little protest, “Now what do you propose”? What is your solution? Marching, anger, violence, riots, looting all garner attention. Now what do we do about it? And don’t tell me forcing the Vikings to hire Colin Kaepernick is an answer. That proposal is so asinine it barely warrants the time it took for me to hunt and peck the letters to make up that sentence. What is the goal? What is the end game? What do we want?

The murdering cop in Minneapolis has been charged. The rest of the cops who aided and abetted the crime should get their due soon, I hope. We cannot March and stage die-ins indefinitely. At some point there will be no more windows to break.

What change do we want and how do we fix it?

I started watching the miniseries “Grant” from the History Channel this morning. I am 2:54 into it and I’m already disappointed. That is two minutes and fifty four seconds into it.

Grant famously wore a private’s sack coat. He eschewed the standard generals’ uniform. The opening scene of the series is supposedly at the Battle of Shiloh and there is Grant all gussied up in a gold looped General Officer uniform. What are the odds they depict the general on crutches at Shiloh? He was.

If the producers cannot get these basic facts right, how can we respect any of the content?

Sigh. I was looking forward to this one.

OMG    Fighting behind Sandbags at Shiloh? Did they even consult with amateur historians?  A sixth grade history buff could have set them straight.


I’m  not sure I can continue with this.  The glaring inaccuracies are making me sick.  There must be something on the Hallmark Channel more worthwhile.
Posted by Joe at 9:00:00 AM 4 comments: Links to this post

Older Posts Home
Subscribe to: Posts (Atom)
Consider everything here that is of original content copyrighted as of March 2005