How drinking beer taught me to drive a manual transmission 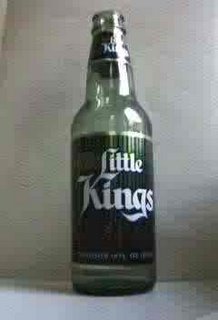 When I was younger I did a lot of stupid, stupid, stupid things. I want that on the record. I was an underage drinker. I drove when drinking. I rode with people who were drinking. I was an idiot. If you are underage do not drink. If you drink do not drive. I cannot be more clear on my current stance on this issue. I also have to say, while we are being honest, I had a good time in my youth.

My friend Jeff had a Camaro, early 70's version, fast as hell. It was a five speed. We would go out cruising and having a good time, and often we would get some beer. I sincerely do not remember where we got the stuff. There was a myriad of sources, somehow we just ended up with it. More often than not our drink of choice was Little Kings Cream Ale. The second choice was usually Stroh's. At the time I really liked Little Kings. I was going to say that after I left for College until this day I did not ever have another one of these small-but-mighty brews, but I just remembered I was given a case of this Cream Ale as a going away gift when I left my first real job.

I digress. It is impossible to steer, shift and drink beer at the same time. I learned to shift with my left hand while Jeff drank and did the clutch work. I got to the point that I knew when he needed to shift by the revs on the engine and we could go up and down through the gears without even thinking about it. We drove and drank all night with nary a word about shifting. When I got my first vehicle with a manual transmission it was easy to put that shifting skill to work.

I do wonder, more than 25 years later, why I didn't just hold his beer while he shifted? Like I said, I was stupid and young. Wait, I know the answer, we would have been passing the beer back and forth all the time. It was easier to just get drunk and let the navigator/beertender handle the shift work. Heh, I was smarter than I thought.
Posted by Joe at 10:49:00 AM