Lots of travel this week. Even more next week. I was going to go off on a rant about how stupid the weathermen are, but I have done that and everyone agrees. Suffice to say that the weather quack actually cut his forecasted snow totals in half from the beginning of the news to his allotted weathercast at 14 after. Unfuckingbelievable.

One cool thing about travel is that I get to see cool stuff like this: 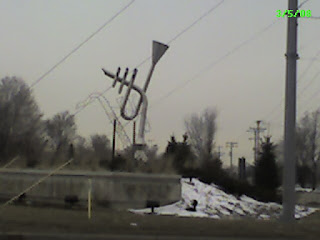 Can anyone guess where I was Wednesday/Thursday based on this image? I will give you a further hint. Did you watch Jeopardy last night? The city/county was the answer to one of the clues.
Posted by Joe at 9:03:00 AM