Don't worry Afghanistan Terrorists, we will be gone soon. Unless you want to give up before we leave. 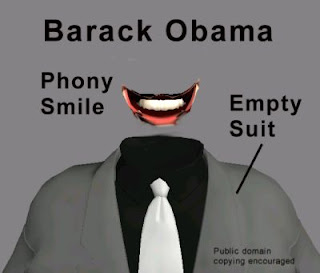 I did not serve in the military. What I know about guerrilla warfare and counter-insurgency I learned from watching John Wayne in The Green Berets and reading books by Richard Marchenko. But I was gifted with a little common sense.

If the Generals say we need more troops on the ground in Afghanistan, I am all for it. They know their business. But the nonsense about pulling out in 18 months is pure idiocy. It demonstrates a complete ignorance of human psychology, history, and war. Didn't the Clown-in-Chief even read the Cliff Notes version of Clausewitz (I read the whole thing)?

Let us look at it a different way. Say you are skinny kid with big ears and a funny name who just moved to the hood from Hawaii or Jakarta or who knows where. The local bully decides he is going to make you whipping boy. He declares he will smack you around every day for 18 days. You can put up with just about anything for 18 days, you can avoid him and hide at least half the time. What makes The Obama think they Taliban and other assorted evil ragheads won't bide their time in Pakistan, or the mountains of Wiziristan until we get tired of the game, or 18 months passes and go home? In chorus now -- that is what they will do.

Maybe you are the terrified high school girl alone in the spooky house. You keep finding blood dripping on the walls. The electricity goes out. You are terrified. The phone rings. "hello" you say. You hear deep breathing and a sinister laugh. "I am going to kill you" a deep raspy voice whispers in the phone. "But I have to leave in 18 minutes."

You cannot put a timetable on war. You fight until you win. You do everything in your power to win (The idiotic rules of engagement are another matter). It is a good thing the Powers In Charge did not put a three year time-table on WWII, Hitler would have hit us hard in the Ardennes (Battle of the Bulge) and we would have taken our ball and gone home. Maybe someone should brief the Commie bastards about Vietnam. At least someone should give Obama a copy of Stephen Coonts' Flight of the Intruder.