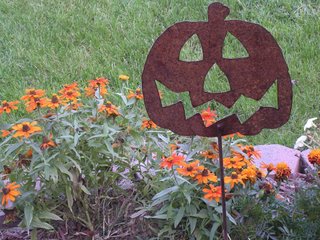 Spending more than two hours doing expenses is ridiculous. I need to do a better job and get back to weekly reporting. This is not hard, just a pain.

The Colts scare me. Are they bored, just giving enough effort to win, as one columnist has suggested? Are teams bringing their A game every week knowing they are playing one of the best teams in the NFL? Are the Colts doing it with smoke and mirrors? I am sure of one thing, he will not be named MVP, because his performance has become expected, but Peyton Manning is carrying this team on his back.

Is it fair to say I am in a rut when you consider I have had the same thing for lunch at LEAST once a week for more than five years; a Banquet Brand Salisbury Steak TV Dinner? I do not even like it much any more. I bought a Salisbury Steak and a Turkey. Guess which I chose today? HB you are just boring.

Speaking of boring, am I the only one who finds this site boring these days? I started this blog in March of 2005. This will be post 920. I have missed very few days putting up at least one post. Maybe I should start looking for quality in place of quantity. Maybe the old blog is ready to die a natural death. I think I need to make it to at least 1,000 posts.

There was a big, nasty spider on the side of the house the other day. This bastard was huge. Its thorax (hind end?) was as big as my thumb. Here is a picture. 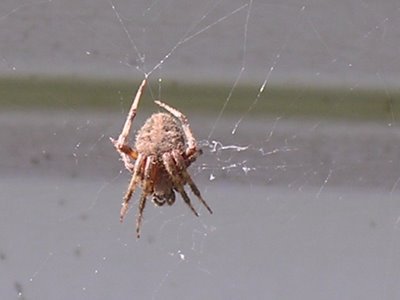 Man, I hate fucking spiders almost as much as I hate snakes. Does anyone know what kind of spider it is? It is a dead one now, BTW. I am sure it, like all snakes, is poisonous.

At the top of the post is a picture of what the flower beds looked like at my old house this time last year. There are no flowers at the new house, but there is a nice little brook in the back yard. I will go take a picture of it for comparison. I have the picture, but asshole blogger will not let me post it. Maybe later.

Is Kim Jong Il aka Big Boy nuts? I guess from his point of view, what more can we do to his country. The people have one of the lowest standards of living in the world, the news is 100% state controlled, and sanctions will have little or no impact. I guess there is a new nuclear player, and we can thank Jimmah Carter for that. Will they take away his Peace Prize since he is pretty much responsible for the world just becoming a little more dangerous?
Posted by Joe at 12:15:00 PM